If you’ve been to one of the Kitchen’s Community Classes, you’ve likely met Sada.  She’s the one smiling in the front row who brings her own apron to class.

Sada is one of The Kitchen’s most loyal budding chefs.  She always arrives for class early after taking the bus from work.  Since she heard about the free Community Classes in The Kitchen about a year ago, she’s been a regular.

Sada can dice an onion and julienne a bell pepper like a pro.  But she wasn’t always as comfortable in the kitchen.  Sada and her husband experienced homelessness for several months.  After she found stable housing, she was afraid to get back in the kitchen, fearing she was out of practice with her cooking knowledge and skills.

After hearing about Second Harvest’s free cooking classes, Sada bravely decided to give it try.  The first class she attended in The Kitchen was taught by Chef Laurent—a local chef and restaurant owner who volunteers his time to teach classes at Second Harvest.  “Chef Laurent just made it seem so easy.  After that, I was just hooked,” said Sada.

Sada has learned a lot of new cooking skills in the Community Classes—from chopping various kinds of vegetables to making delicious soups.  She’s especially excited about her new knowledge of how to cook plant-based foods.  She’s been excited to try these new recipes, as they are typically very healthy and less expensive.  Both she and her husband have lost weight since she began coming to the classes.

But for Sada, the classes are much more than a way to learn how to cook healthy meals.  They are her form of therapy.  Sada is able to “sort things out” in The Kitchen.  “The classes help me to figure out what’s going on with problems in my life,” she says.

Sada and her husband receive between $15 and $52 for food each month through government assistance—not enough to feed them both what they need.  During the summer, farmers’ markets help fill the gaps, but that resource has recently disappeared along with the warm weather.  She also uses City Gate’s food pantry.  Still, there are many times when hunger is her reality.

“Think of it as being on the outside of a restaurant that you love to go to.  Everyone’s in there eating, and you go to look in your purse or wallet, but you see nothing in there that will get you more than a glass of water.  And no matter how much water you drink, you can’t fill yourself.”

In The Kitchen, Sada has a seat at the table and a full meal that she made herself in front of her.  She loves many things about the Community Classes, but her favorite part is the shared meal at the end of class—when everyone sits down to enjoy what they’ve made.  “It’s the community.  Getting together with everybody.  Meeting new people … Sitting down with everybody, talking with people I’ve never met until now—it’s wonderful.” 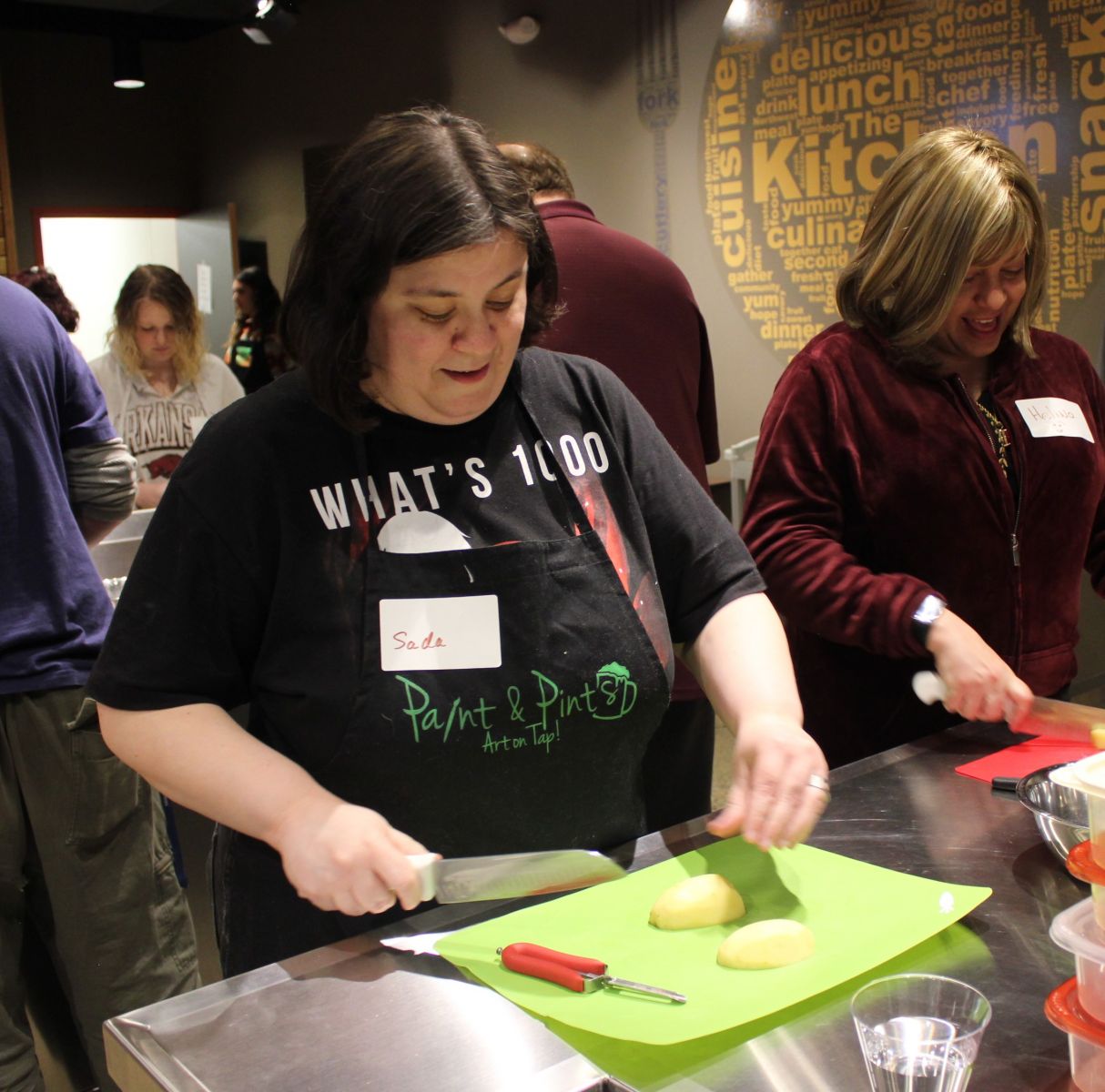